Okay, I can tolerate the fact that the gardens are fading before my eyes.  I live to water, you know that. 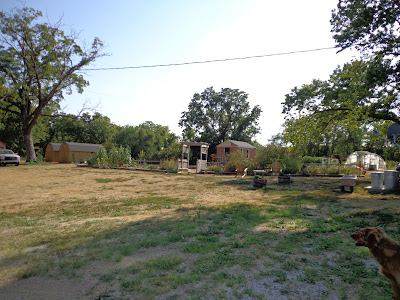 And I can tolerate the fact that when we are home, we do water at least 3 to 4 times a day, so that there is cold life-giving water for the birds to drink and stay cool with. 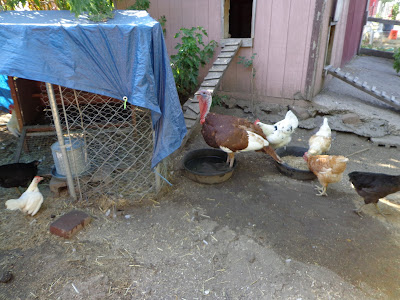 But this, I take personally. 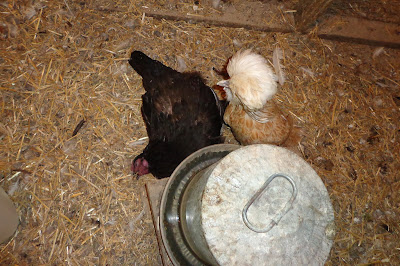 Yes, that's an older bird, Martha, but one I especially liked, and one that laid daily.  In fact, I have expected Buffy, the Polish, to be the first to go, as the heat is bothering her terribly.

I think the sustained heat is beginning to take it's toll, and I won't be surprised if some of the other older birds can't take much more. 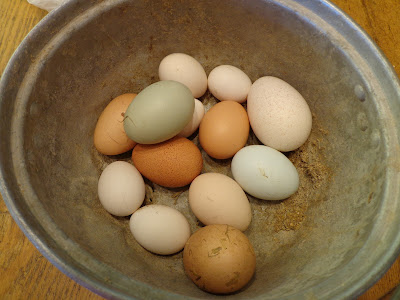 Despite the 108 temperature, we got a bucket o' eggs today, but it does not make up for losing the pretty black Martha.

Martha wasn't the only one.  We found Wilma, an older Welsummer hen also still laying, out in the big henyard, I don't know how I missed her while doing the water.  She was in the dust where many of them are laying, trying to conserve their energy during the day.  We thought she had been attacked by a possum, as she appeared to have no head.
When I picked her up...it dangled, and we realized it was another heat death.

Tomorrow the prediction is for 105, and I expect more.