getting the garden and flower boxes off to a good start.

The problem is, I am afraid to plant ANY boughten flowers because we keep dipping down into the low thirties at night. 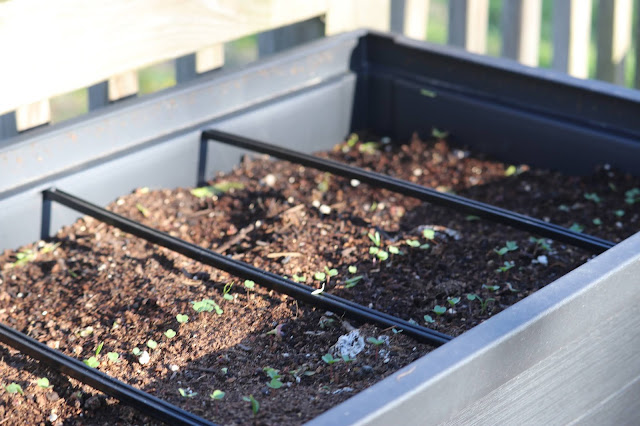 Arugula, spinach and lettuce coming up in one of the
deck planters. 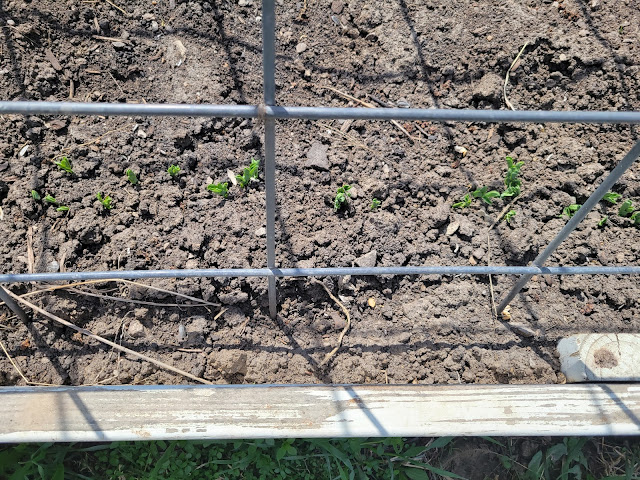 Peas up in the one long bed I had Ben leave.
They are much higher now, in fact.  In the middle of the bed I planted
onions I picked up running through a store... they were mostly rotted in the bag,
but, lo and behold, after a couple of days in the rain they are doing fine. 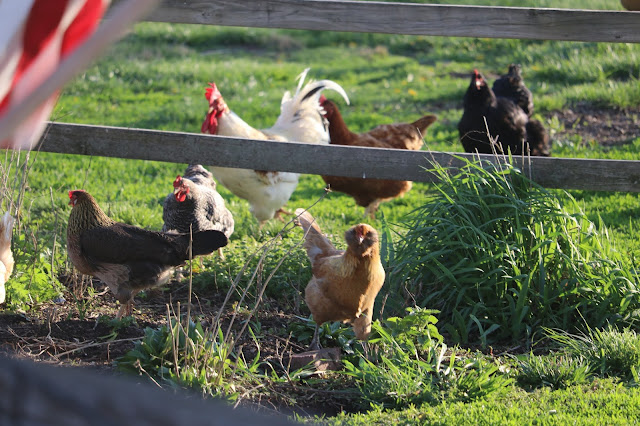 I have been letting the flock into the house side of the yard the last few weeks for a couple of hours a day.

I don't need to, I just enjoy watching them run around, and so far, they have not made a

mess on the porch as they used to. 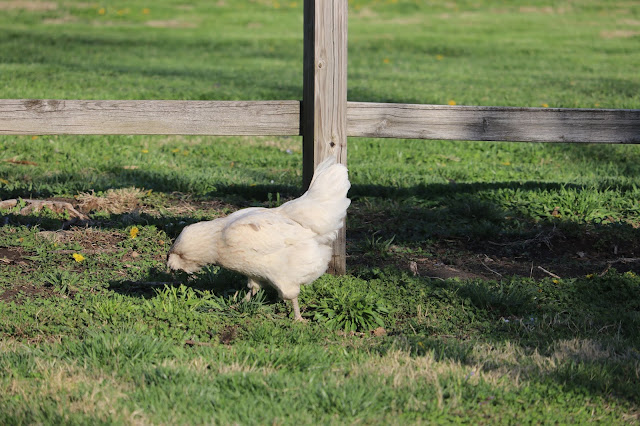 I still have three Ameracaunas left, and I am getting two to three
eggs a day from them, which is pretty darn good considering they are four years old. 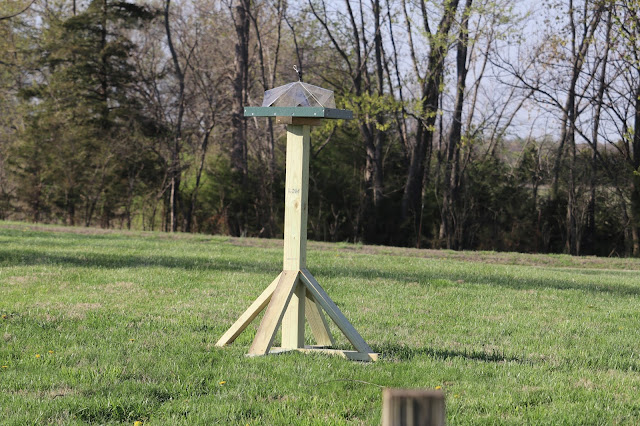 This stunning piece of yard furniture was built for me by Ben, my
yard helper.
He is so creative.  This was a purchased flat feeder (and the clear cover was thrown in free).
It was meant to hang, I think, but you know the black birds would have been all over it, and
I hoped the little birds would use it. 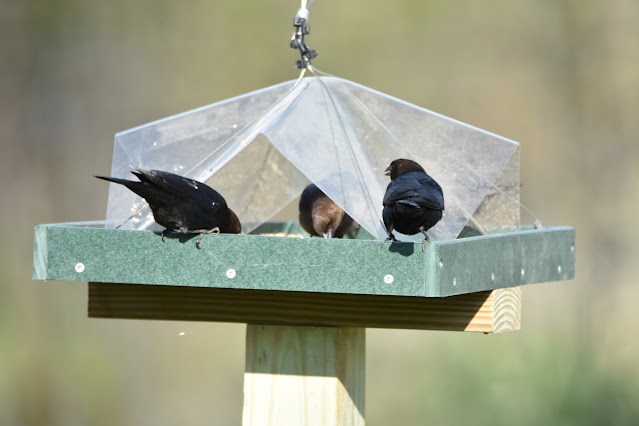 I give you the feeder.
Notice the brown headed cowbird in it.
To be truthful, I have not had to re-fill it all week,
and the hanging feeders were literally dropping pounds of
expensive finch mix all over the ground.
And... some of the small birds have found it. 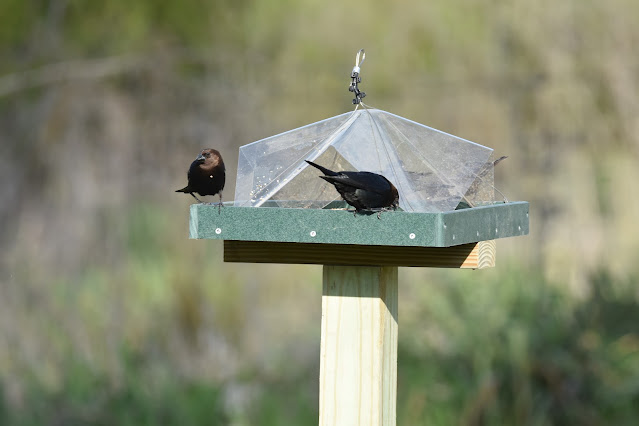 If you squint, there are some smaller birds on the far side.
I am still feeding along the railing, so that Molly has birds to watch. 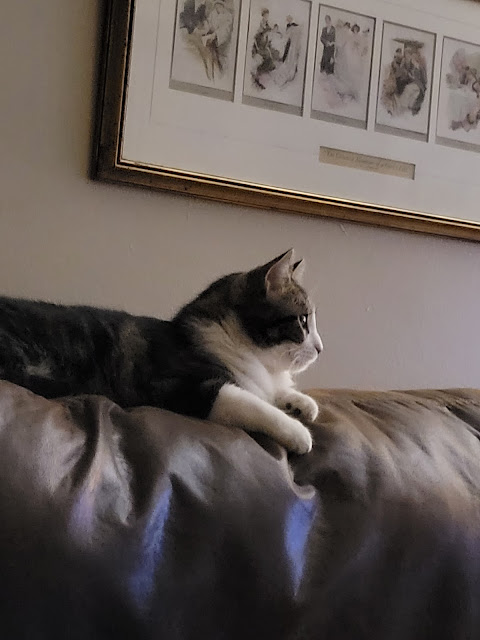 And of course, I can't find the picture of her watching the birds! 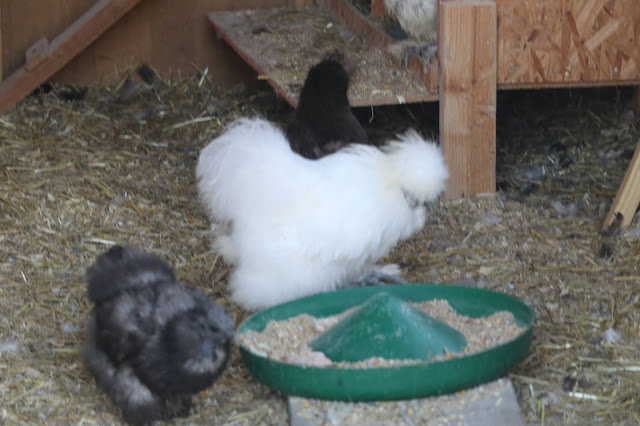 The silkies in the little hen house are doing well, but they move so fast I can never get a good picture of them! 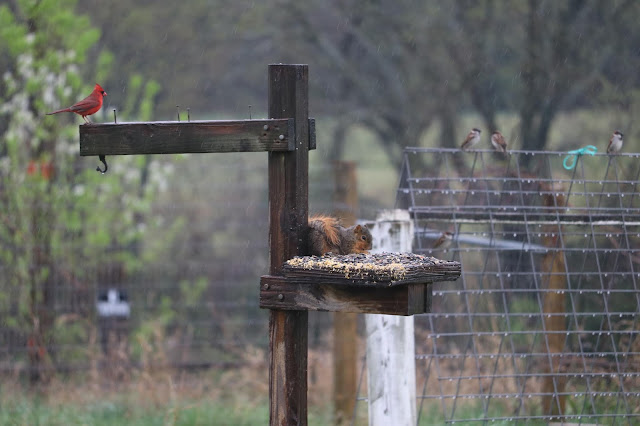 Everyone has been soggy these last few weeks. 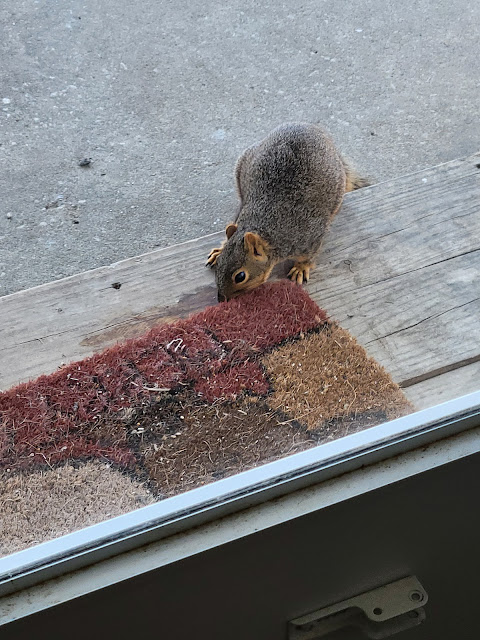 I swear they are going to be in the house, next. 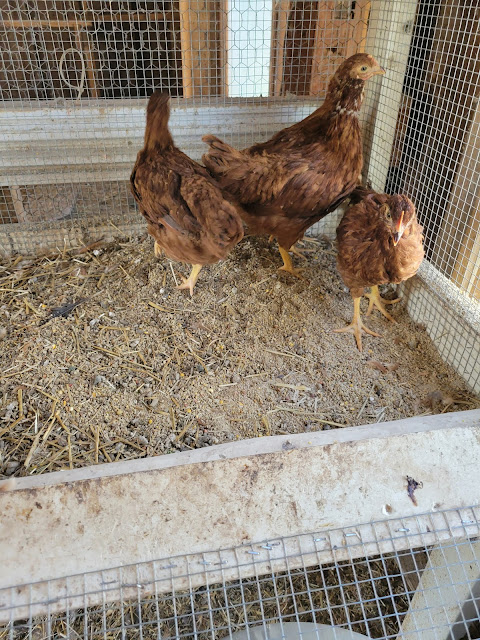 The rescue chickens are now allowed down on the floor daily, in the feed room. (Don't worry, the fourth is still here).
It makes the mature birds have to walk around and come in the pop hole on the side.
Every afternoon I have to catch them (it's a pain) and put them back in their pen.
Because the nights are dipping down, I still have a light above them.  Last night, I forgot to
turn off the overhead light in this hen house and went back out at 8:30.... they were all nestled together under the light, so they still need it.  Just because they look like teenagers does not mean they don't need TLC.
Hope everyone has a great week!