I realized this morning I have not posted in weeks.

I apologize.  Where I once posted daily, I realize life overtakes things and I just don't get to it, even in this strange year we are having.

My grandson Nathan and his significant other, Rachel, are expecting in June.

This very blurry photo taken with my phone is a picture of the sonogram
they sent me, "Only the best parents get promoted to be Grandparents" ... and Nathan
has taken to calling me "Great Grandma" now.
They bought a house in Garnett in September, and he has been on his job for
two years now, so I think they feel stable.
Yes, it was a surprise and what a Christmas gift!
So... the squirrels....
You know that I have a camera up in the bird-feeding area all the time.
I saw 300 some pictures on it today, and saved some of them. 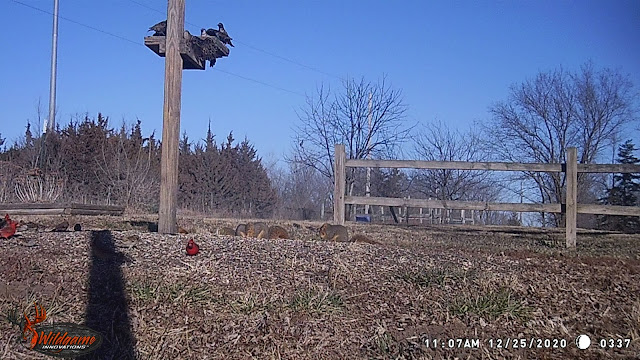 You know that they say cardinals are visits from your lost loved ones.
I have seen as many as eight pair around my feeder. 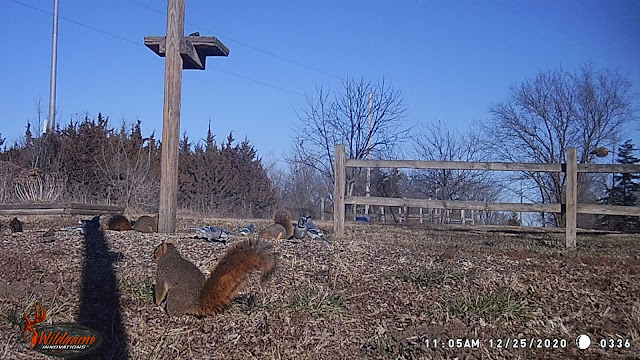 There are MANY blue jays here, too.
The dark shadow pole is the suet pole that the camera is on. 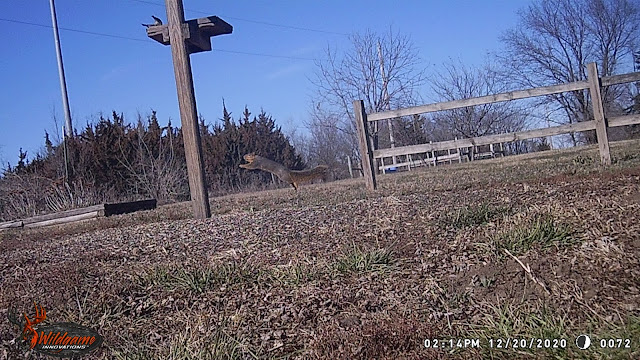 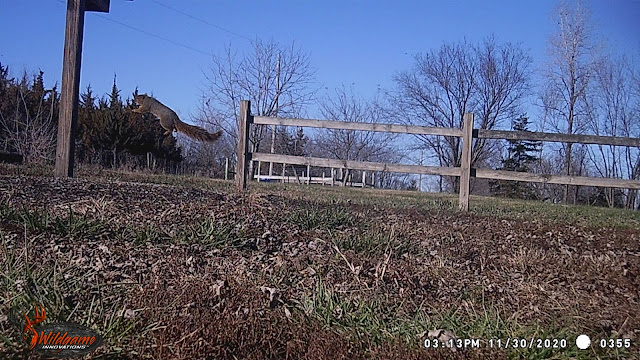 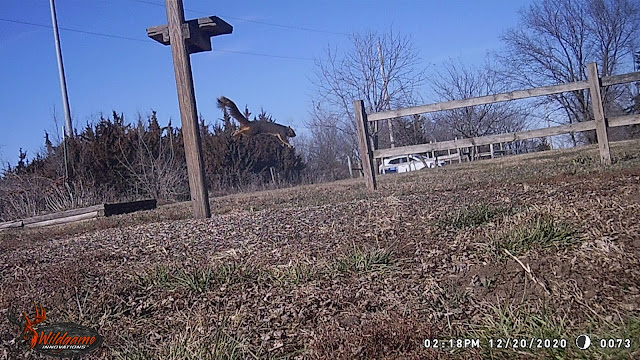 They crack me up.
(I am sure he was jumping down because there I am at the gate) 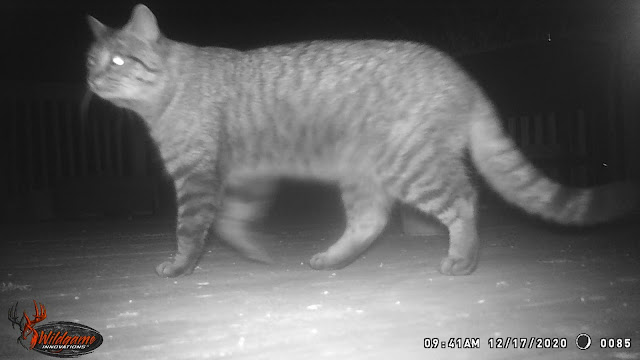 This strange cat appeared on the porch cam this month, but I
have not seen it again.  And, in sadder news...
Spot has not been here since last Saturday morning.
I am not giving up hope, he was gone for ten days once.
I believe he has a former family somewhere around here. 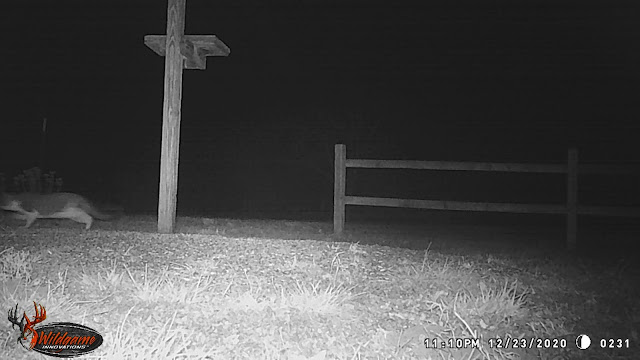 Then, while reviewing the feeder cam this morning after church,
I found this picture.
Is this Spot???
I don't think so... but I may be wrong. 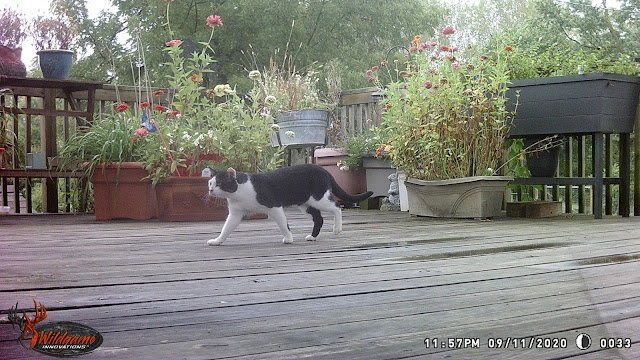 You know what?  Maybe it IS him.  He hates the blow up Santa I have had
up for the last three weeks.  It sits on the corner of the deck. I do take it down at night.
(comparing the two pictures now, I don't think it's him)
That is the only thing I can think that would keep him from coming to the door.
Today is Santa's last day for the year.
The possums are fast to get the food on the deck in the evening, so I am not
sure what he would have found, and he has always come to the door, he does not really like the dogs, but he tolerates them.
Speaking of the dogs... I also looked at a lot of pictures in my Google pictures archive. 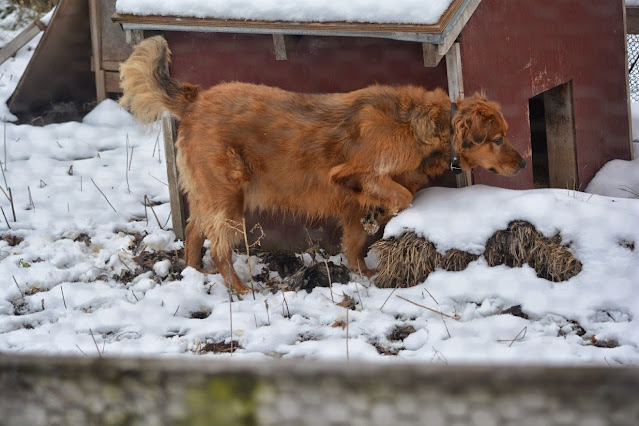 That was my beautiful Lilly Ann in December, 2014.  We had officially bought
a big new house about fifteen miles from here, and we were three months away
from a renter moving into this house.  I came over every day, because, of course, I still
had chickens here,  Keith's health was failing by this time. 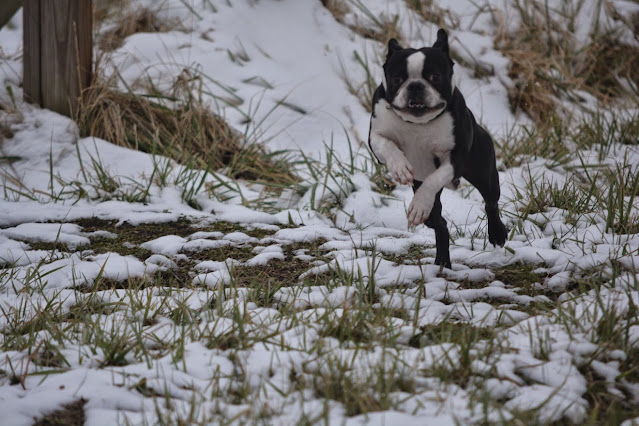 There is my handsome Jester, the same month. 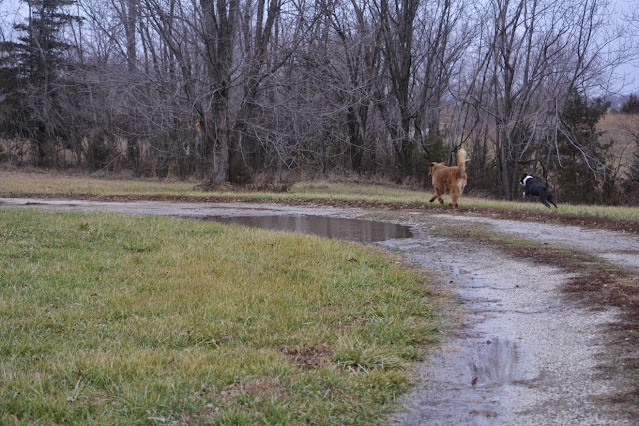 And the two of them, running up the driveway. 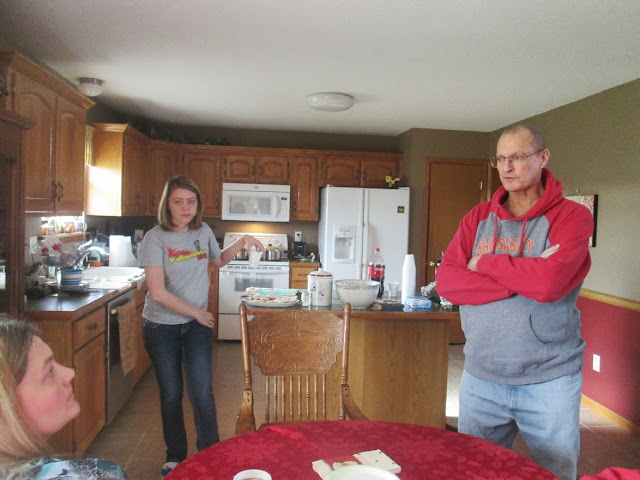 And what would a Christmas day post be without a Christmas picture... here is
Keith in the kitchen of our big house with Madison, my granddaughter, who is a mother now herself, and Amy, my daughter in law.
Keith was in pretty good shape here, all things considered.
He also LOVED Christmas and having parties. 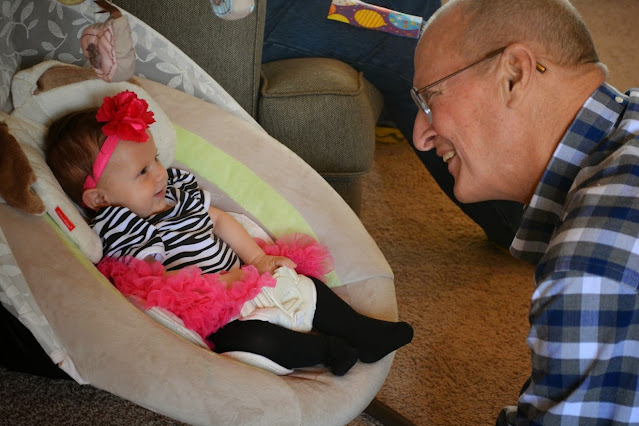 And... he loved his grandkids.  Here he is with baby Hayley, who is a big
sister to twins now.  This was at her big sister's Brynn's party that same
December of 2014.  How little we know what is in our future... but these pictures
bring back such happy memories. 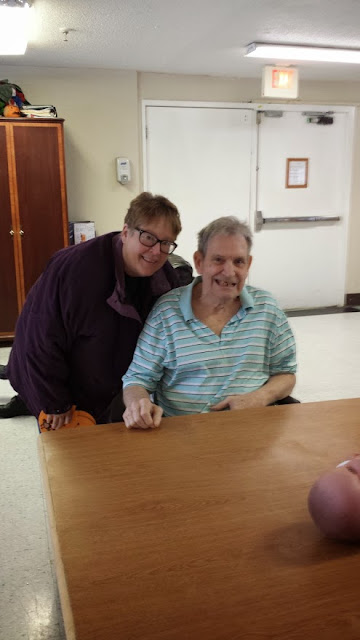 My big brother Pete was still alive, and had another Christmas to go... gosh, I miss my brothers and my little sister.  If it weren't for my first cousins, there would be no one who remembered sitting around my family table, that sits in my kitchen now.

Little Snowy has been sick all day today, in fact, she has only just now, at 2:30, laid her head down
for the first time.  She has periodic days when she vomits copiously all day... and I mean copiously.
This morning, I could not get her to take her morning meds.
After I came home from church, I discovered she had been sick and urinated in the house, and she never pees in the house.  After that, she vomited two more times.  It was only after the second large one that she was able to lay her head down and rest.  I gave her Cerenia for vomiting about two hours ago, and I did not see it come up... so... I am praying it is helping.  She is gently snoring on the orthopedic bed behind me.  I had actually made an appointment for both to see their vet tomorrow morning at 9:30, and am planning on taking them so Dr. Coles can check her out thoroughly.  Jester needs his
eyes checked again, so he is going along for the ride.
And now, a little bit about Snowy.
I took her in as a foster for a rescue in March, the week the area shut down for the pandemic.
I decided to keep her in about two weeks, I knew she was sixteen, but it was not until they emailed her
vet records to me that I realized she was turning seventeen on July 1.  She settled in okay, but was not overly affectionate.  She was the only dog that slept with me at this point, but always across the bed, she did not snuggle.  She has clung to Jester since Fritzi has gone, but.... she began snuggling at night a month ago, and this morning, I woke up with her in the crook of my arm. 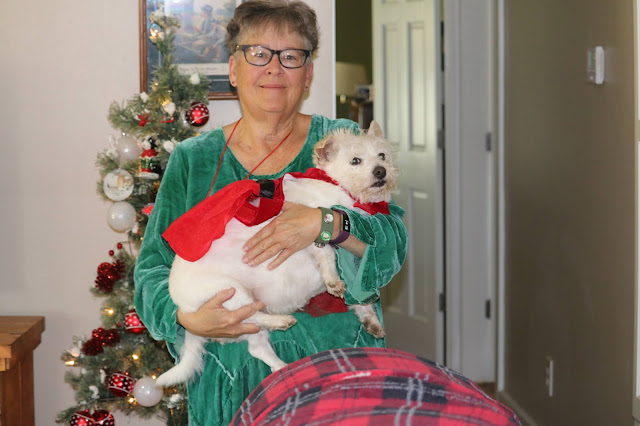 I had planned to take her picture over again today with her little Santa dress spread out over her back... but we are going to forego that. 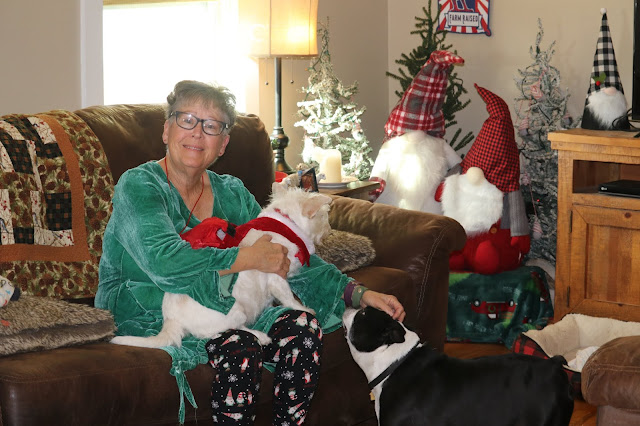 Here is one of our "official" Christmas pictures,
take by one of my Grandkids whom I ran in to get specifically for this purpose.
You notice the dogs are facing away.
We tried.  (laugh).
( my hair was also crazy)
Friends, several friends of mine and one set of dear cousins have
had Covid.  I know many of you know some who have been lost to it, and who have been ill and recovered.  Please, I beg you,
wear a mask and stay safe.  I wear a mask whenever I go anywhere, and in fact, we cannot attend church without masks and our chairs in the sanctuary being six feet apart (unless you are family members).  We have to register for mass.
This morning, at Christmas Day mass.... I was alone in the middle of a row, but grateful to be there.
Everywhere I go here, a mask has become part of my wardrobe.  I know many people have a problem with this, but I do it to protect me and mine.
I hope you will all be here to read my next blog post, and those of
next year's.  I want to be here, too.
Stay safe, and I pray you have had a Merry Christmas!