The light at the end of the tunnel was so apparent Saturday night, as I got home from church.
Mass starts at 4PM, now that daylight savings time has ended, so it will be dark
when I get home this weekend.

That's the snow that greeted us on Thanksgiving morning, and I don't think Fritzi was glad to see it!

Where we spent the day.

Jester has lost two pounds in his weight loss journey, Fritzi gained a pound and a half BUT, she has done much, much better since last Tuesday's weigh in, so I am excited to see what happens when we go again.

I made two huge pots of vegetable beef soup for the shelter, I put noodles in one, and no noodles in the other.  I asked for feedback, because I used ramen noodles for the first time.  I made this soup with chuck steak, and I had a chuck roast for the second pot, it was a lot of meat.

What happens when the animals below get onto your deck.

You look so innocent!

(I swear to you that Niblet is smirking at me) 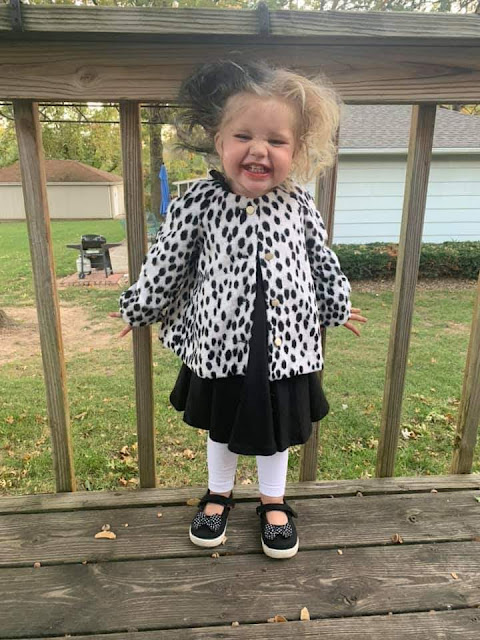 This cow was out on the road two weeks ago today, and I brought her into my yard for safety.

I told the owners "DO NOT CUT MY FENCE, bring a trailer and load her."

I left for the ag hall.... they pushed her THROUGH my fence, tearing up a whole section.

This is the second time I have helped them, and I won't, again.
The cattle (bull, cows and calves) have been moved for the winter.  I'll have that fence stretched and tightened in the spring.
You see they had NO grass in the pasture, I don't blame her a bit.

I love seeing tracks in the snow. 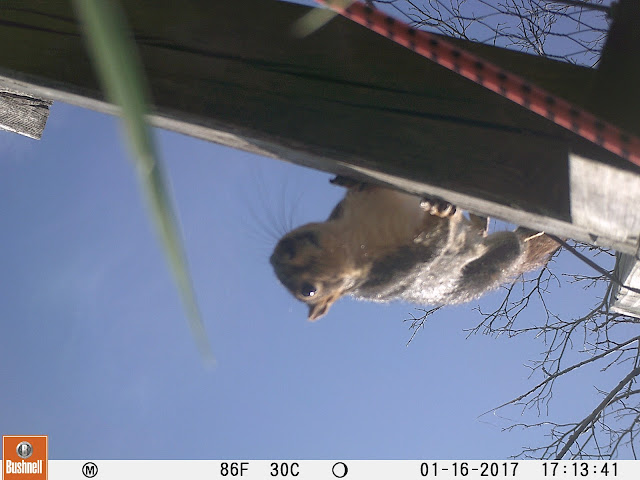 Not the right date, and I have pretty much quit using the Bushnell camera,
but I thought this was a fun picture.

I am having a problem with a black possum who is living under the storage building in my yard.  He is hanging around the chicken house, and I can tell when he is near, because the hens won't go in.
I mentioned that it will be dark when I get home from church this week.... this worries me.  I am no longer leaving food on the side porch for Rusty (at the hen house) because it was attracting the possum.  There is still food out, but it is in the yard behind the house.
Rusty also knows to eat on the front porch of the house, or in the feeder in the pasture.  I have had numerous pictures of this possum on the game cam, but must not have saved any... 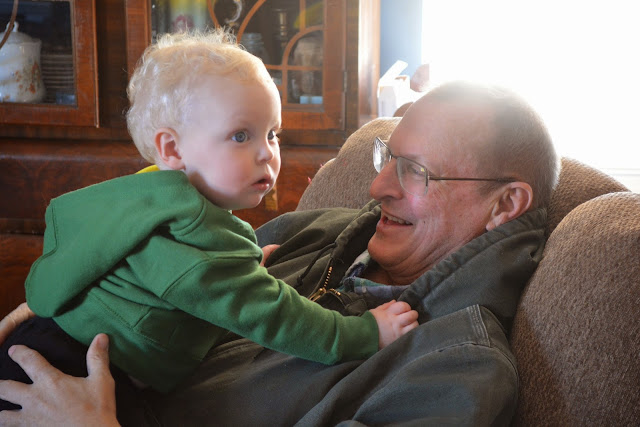 October 17 was the third anniversary of Keith's death.  Here he is with Jace, his
oldest grandson.  He loved the little grands so!